The Graduate Management Admission Test, or GMAT, is an important part of the business school application process. The GMAT is a multiple-choice, computer-based and computer-adaptive standardized exam that is often required for admission to graduate business programs (MBA) globally.

The GMAT is developed and administered by testmaker GMAC to provide business schools with common measures of applicants’ preparedness for graduate-level academic work. Business school admission committees look at your GMAT score, along with work experience, academic record, and supporting materials, to assess your readiness for the rigors of an MBA program.

What’s the takeaway? A high score on the GMAT will have a direct, positive impact on your business school application.

What is on the GMAT?

The GMAT exam measures your command of basic arithmetic, algebra, geometry, multi-source data analysis, and grammar. More importantly, it measures your ability to analyze and evaluate written material, think critically, and solve problems. The GMAT is first and foremost a test of your critical thinking skills. Knowing how to reason through and analyze information is the key to a great GMAT score.

What are the GMAT sections?

The GMAT contains four distinct section types, although you’ll use the same critical thinking and analysis skills throughout the test, just like you will during your MBA coursework.

GMAT test takers are able to choose the order in which they take GMAT test sections. You will choose your section order at the test center following the computer tutorial and just before you begin your test. There are three orders you will be able to choose from:

The Analytical Writing Assessment, or “essay” section, helps business schools analyze your writing skills. It is scored separately, and your AWA score is not used to generate your 200–800 point score. Essays are scored by a human grader and a computer grading system, and the two scores are averaged for your final score. If the ratings differ significantly, then another human reads and scores your essay.

For your writing task, you’ll be presented with a brief argument similar to a paragraph you would find in a Critical Reasoning question on the Verbal section. You are not asked to present your own point of view on the topic; instead you’re tasked with critiquing the author’s argument, analyzing the soundness of the author’s evidence and reasoning.

When scoring this section, essay graders are looking for whether you can clearly identify and insightfully analyze parts of the argument, develop and organize your ideas thoughtfully and logically, and connect your statements with clear transitions.

The GMAT Quantitative section is designed to test your content and analytical knowledge of basic math concepts, including arithmetic and number properties, algebra, and geometry. The section consists of two question types:

Data Sufficiency questions consist of a question and two statements of data. Your task is to determine whether the statements provide sufficient data to answer the question. This question type requires you to quickly identify what information you would need to solve the problem and to efficiently eliminate answer choices.

Problem Solving is a classic standardized test question type. You’ll be presented with a question and five possible answer choices. Problem Solving questions use high school–level math up to algebra and plane geometry to test your critical thinking skills.

The GMAT Verbal section is designed to test your command of standard written English, your skill in analyzing arguments, and your ability to read critically. You will see three question types in this section:

Critical Reasoning questions test the skills involved in making and evaluating arguments, as well as formulating a plan of action. You will be presented with a short argument or a series of statements and a question relating to it. Succeeding on Critical Reasoning questions requires understanding the structure of arguments and rigorous logical analysis of the connections between evidence and conclusions.

In GMAT Sentence Correction, you will typically face long and involved sentences. A part—or all—of the sentence will be underlined, and you will be asked to find the best version of the underlined section out of the original or one of four alternatives. The sentence may contain no errors, or it may contain one, two, or more errors.

These questions test your critical reading skills, more specifically, your ability to summarize the main idea, differentiate between ideas stated specifically and those implied by the author, make inferences based on information in a text, analyze the logical structure of a passage, and deduce the author’s tone and attitude about a topic. You will be presented with an academic reading passage on a topic related to business, social science, biological science, or physical science and asked 3–4 questions about that text.

How is the GMAT scored?

The GMAT is a Computer-Adaptive Test, or CAT. On the GMAT, the CAT actually adapts to your performance as you’re taking the test.

GMAC’s algorithm that determines your 200 to 800 score is often misunderstood, and there are many myths surrounding “cracking” the algorithm. The best way to “beat” the algorithm is to be prepared. However, because the adaptive nature of the test doesn’t allow for “skipping” questions, you will need to pace yourself and strike a balance between spending valuable time answering difficult questions correctly and possibly running out of time before you finished the test. There are significant penalties for leaving questions unanswered at the end of the exam.

For the Analytical Writing Assessment, your essay receives a score from one human reader and a computerized program, using a holistic 6-point scale. The Integrated Reasoning section is not adaptive, but as with the Quantitative and Verbal sections, you cannot leave questions unanswered or return to previous questions. The IR section is scored on a 1 to 8 scale.

You will receive your unofficial GMAT score immediately following the test, when you will have the option to keep or cancel your score.

What is a good GMAT score?

When considering your GMAT score goal, it’s always a good idea to look at the mean or average GMAT score of admitted applicants to the MBA programs you’re considering applying to. This will give you a good baseline

You can use the tables below to see the relationship between scaled scores and the test-takers achieving them:

Students admitted to the most competitive MBA programs have average scores in the 710 range, putting them in the 90th percentile or higher. If you’re considering applying to one of these programs, you’ll need to target 710 or higher on the GMAT to be a strong applicant.

How hard is the GMAT?

There are several aspects of the GMAT that make it a tough test. First, the unique computer-adaptive format of the GMAT means that you will not be able to skip a hard question and come back to it later; you must pick an answer and move on. At the same time, you’re rewarded not only for correct answers but also for correct answers to high-level questions. All this means that you have to both answer difficult questions and do it quickly. In addition, you’ll see question types and formats that you’ve likely never seen in your academic career.

The GMAT is a challenging exam, but it’s a skills-based test, and that’s very good news. Why? Because the skills tested on the GMAT are skills you can (and will) learn.

How long is the GMAT?

On Test Day, you can expect to sit for the exam just over 3.5 hours, including test-taking time and optional breaks. Note that this time does not include your check-in time at the testing center. It is recommended that you arrive at the testing center at least 30 minutes before your exam.

When is the GMAT offered?

It is highly recommended that you register for your preferred GMAT test date early so you can select a test date that will allow enough time for GMAT to process your scores and send them to the MBA programs you’ll be applying to. This can take up to 20 calendar days. During popular testing times, seats in Pearson VUE testing centers can be limited. You can take the GMAT once every 16 days, up to five times within any continuous rolling 12-month period (365 days) and up to eight total times.

When to take the GMAT

Because MBA and other business programs have a wide range of application deadlines, you’ll want to research your programs of interest ahead of time and ensure that your GMAT score can be reported in time for your earliest deadline. Your GMAT score is good for five years.

Keep in mind that many MBA programs accept applications in “rounds” that can end as early as September for Round 1 at highly competitive programs and can go as late as the following April or May for Round 3 or even Round 4.

You’ll want to devote 1–3 months to studying for the GMAT. GMAT test takers who score in the 90th percentile or higher typically study more than 120 hours for the exam.

How much does it cost to take the GMAT?

The cost to take the GMAT is $250 and includes sending score reports to up to five programs of your choice. It’s important that you choose the right time to take the GMAT—and the right test prep—for you, so you don’t have to pay the fee more than once. 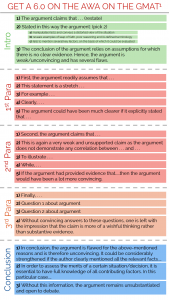